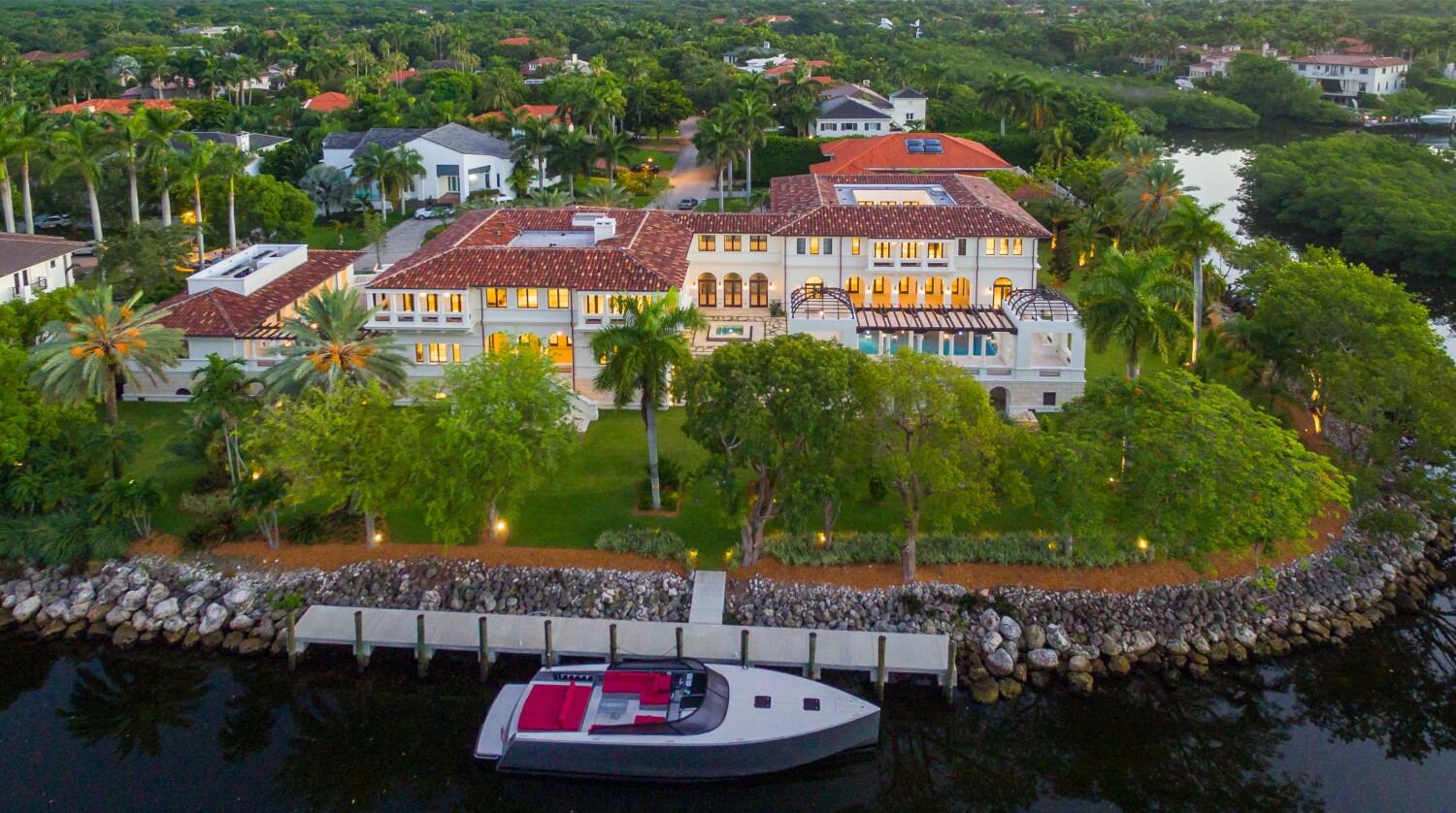 Grammy-winning salsa singer Marc Anthony is walking away with a $3.4-million profit in Coral Gables, Fla., where he recently sold his waterfront villa for $22.4 million.

He bought it for $19 million in 2018 from rum heiress Hilda Maria Bacardi, the great-great-granddaughter of Bacardi founder Facundo Bacardí Massó. It took just under a year to sell; records show the singer-actor sought $27 million last summer and relisted it earlier this year.

Anthony didn’t make any changes to the 17,000-square-foot home, which was built two years before he bought it. The estate spans more than an acre in the lavish Cocoplum community, a gated enclave with about 300 homes — many on the water.

There’s space for everything in the three-story floor plan: 12 bedrooms, 14 bathrooms, three kitchens, separate guest and staff quarters, a commercial elevator and a series of spacious common rooms with arched windows and French doors.

In addition, the villa extends to more than 3,000 square feet of terraces, courtyards and loggias that lead out to a palm-topped backyard with a swimming pool and spa. Lawns line the perimeter, adjoining a dock on 480 feet of frontage on a waterway that flows to Biscayne Bay.

Anthony, 52, has won three Grammys and six Latin Grammys during his musical career, which began in the ’80s and has seen him sell more than 12 million albums. In 2019, he released his 12th studio album, titled “Opus.”