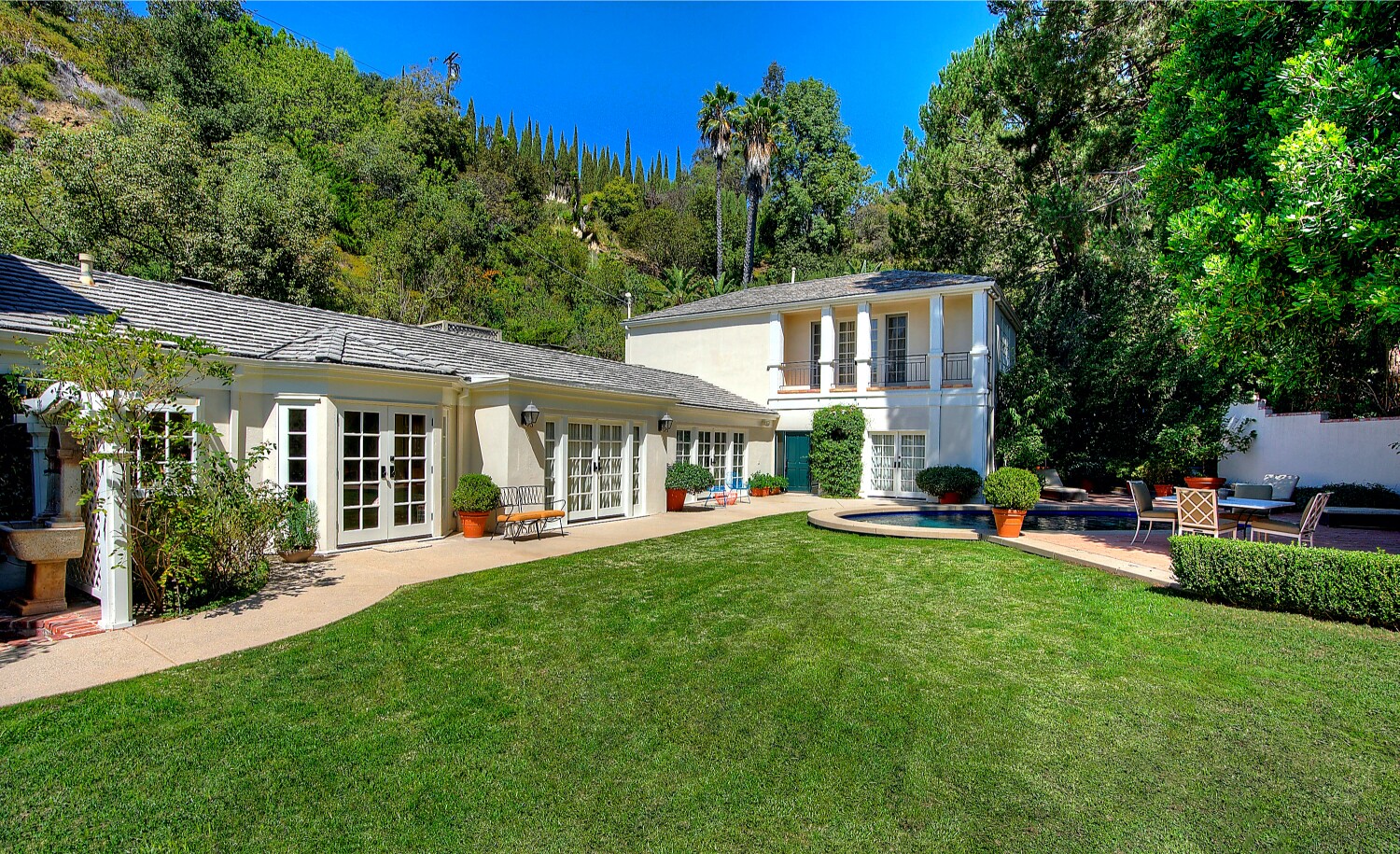 Katy Perry’s guesthouse is pricier than most people’s dream house. After listing the home for $7.95 million last year, the pop star just sold it for $7.475 million — a profit of $25,000 compared to what she paid for the Beverly Hills Post Office property in 2018.

The singer of “Roar” and “Firework” still has a few other places to stay in Southern California, including a larger house right down the street that she bought for $18 million in 2017. Last year, Perry and her fiancée, Orlando Bloom, shelled out $14.2 million for a mansion in Montecito.

At 4,400 square feet, the guesthouse is the smallest of her three properties. Tucked in the guard-gated enclave of Hidden Valley, it features an unorthodox entry in which visitors must walk the length of the home to the front door, passing by a manicured lawn with an oval-shaped swimming pool.

Traditional-style spaces make up the main level including a living room with a fireplace, dining room with French doors and family room with built-ins and a bar.

The second story is divided into two separate wings; one holds a primary suite with dual closets and a sitting room, and the other adds two bedroom suites and a gym. Multiple balconies overlook the landscaped grounds below, which cover about an acre.

A native of Santa Barbara, Perry has released six studio albums over the last two decades with hits such as “Dark Horse,” “Teenage Dream” and “I Kissed a Girl.” The 36-year-old released her latest record, “Smile,” last August and gave birth to her daughter, Daisy Dove Bloom, the same month.