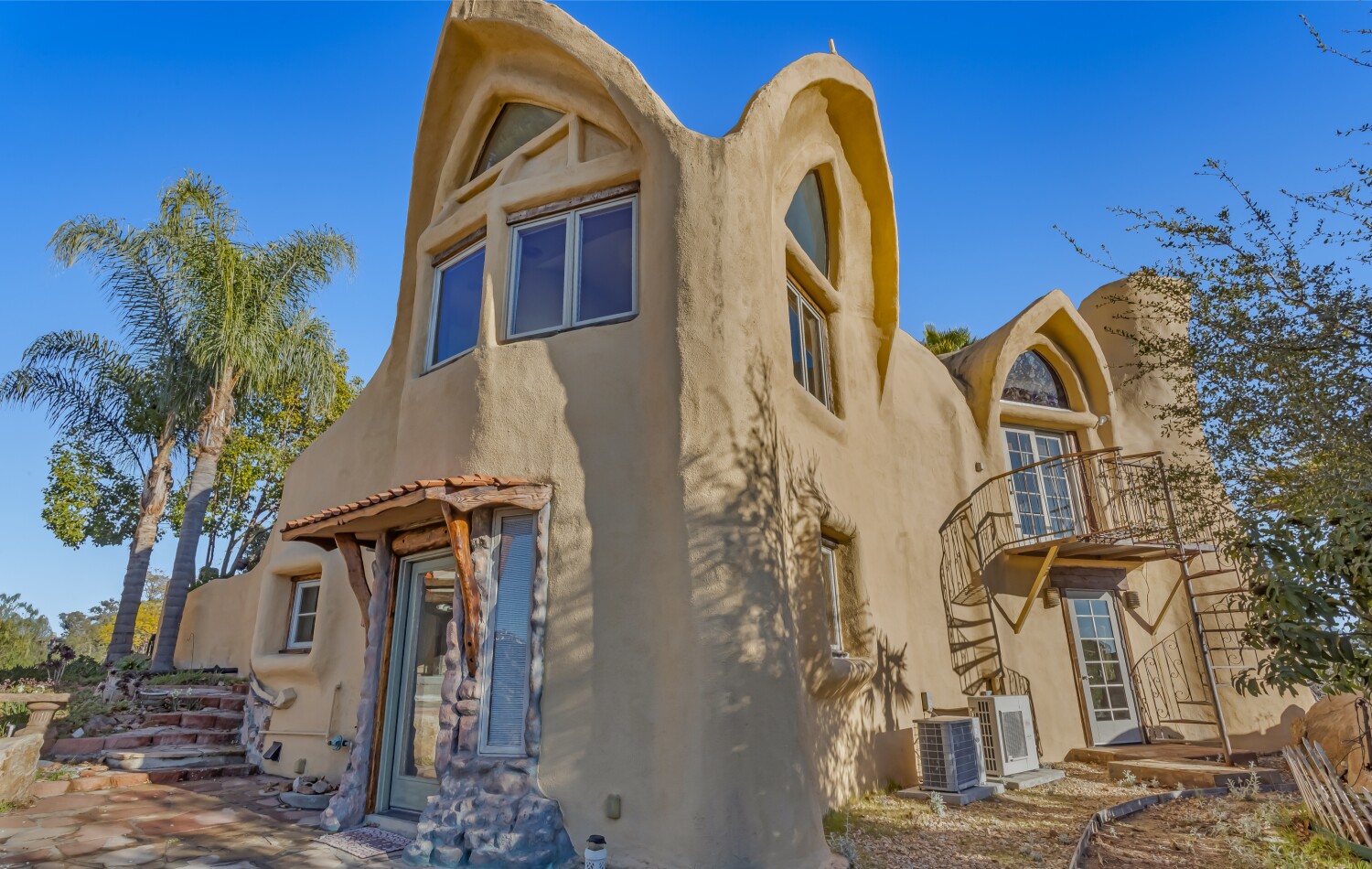 In the craggy, rock-laden landscape outside Escondido, one residence sticks out from the rest. The whimsical, cave-like home — built in harmony with the rugged terrain that surrounds it — just sold for $1.145 million after spending seven years on and off the market.

The striking desert estate was designed by James Hubbell, a San Diego artist whose eccentric creations have been likened to Hobbit houses from Peter Jackson’s “Lord of the Rings” films.

It looks like a fitting home for Frodo or even Fred Flintstone, but for the past two decades it belonged to artist Gale Pruitt, who periodically offered tours of the one-of-a-kind retreat and most recently listed it for $1.195 million in March.

Standard wood framing is nowhere to be seen. Instead, the house consists of 13 Persian arches made of steel pipes and more than a mile of rebar and galvanized wire mesh. Hubbell then encased the roof in four inches of concrete and four inches of roof foam, coated it in liquid rubber and painted the exterior to match the tan boulders that dot the 15-acre grounds.

Art installations approach the home, which opens to 2,100 square feet of spaces straight out of a storybook. Coved ceilings and stained glass windows bring the charm, while more traditional amenities include multiple fireplaces and a window-filled kitchen with tile floors and a breakfast bar.

The two-story floor plan holds three bedrooms and three bathrooms, and opens to various scenic spaces including a patio and rooftop deck. There’s also a dining gazebo, footbridge and guesthouse.

The property is found in Hidden Meadows and comes with access to a community pool, clubhouse and tennis court.